Joel Richardson is an attorney in the personal injury practice of Jezic & Moyse, with more than 15 years’ experience in successfully resolving personal injury claims through zealous representation.  He was raised in Maryland, earned his bachelor’s degree from the University of Maryland, College Park, and earned his J.D. from the Catholic University of America.  Joel has been an attorney since 2005. 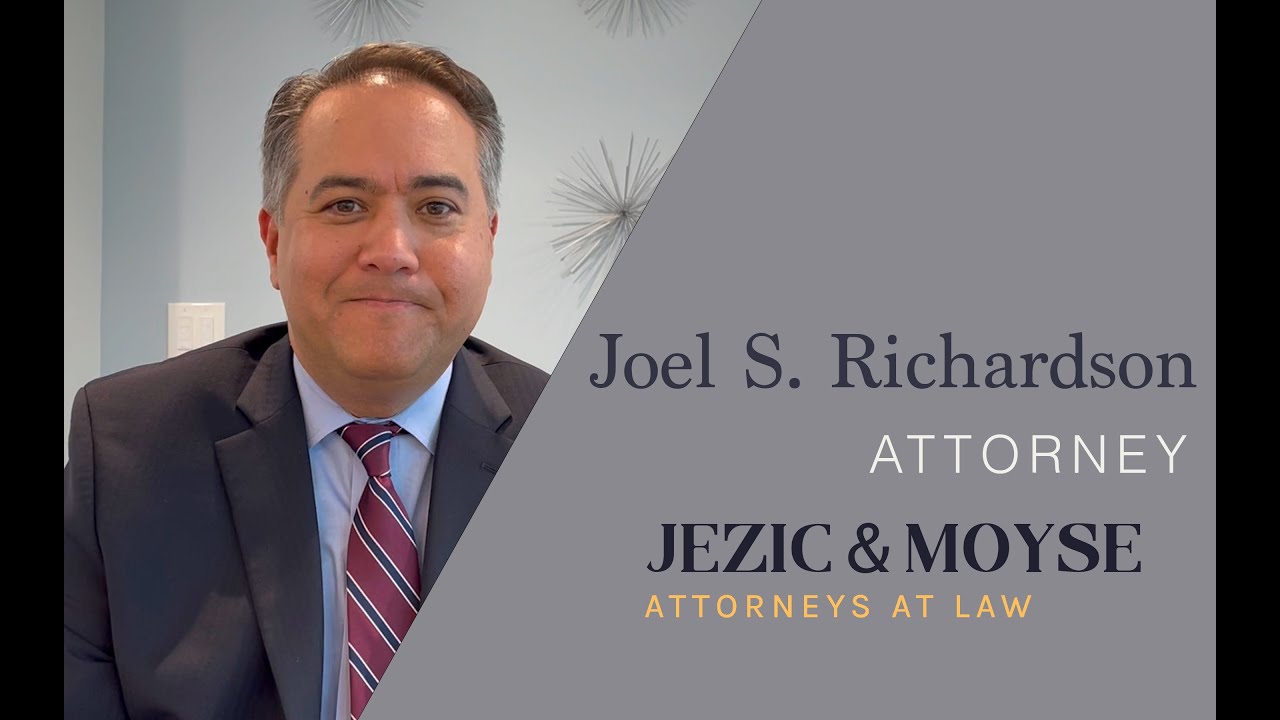 At Jezic & Moyse, Joel devotes his practice to helping clients injured due to the carelessness or fault of others.  He aggressively pursues full and fair compensation for his clients, whether the injuries resulted from the carelessness of another driver, or in other settings.  Joel understands that accidental injuries can be devastating to someone, even beyond the physical pain and limitation caused by the accident.

Joel worked as in-house counsel for more than 10 years for a major insurance company – representing its policy holders and insureds, and often the insurance company itself.   Through that experience, and the successful resolution of hundreds of injury cases, Joel learned how to effectively communicate with insurance and claims-representatives, as well as opposing counsel.  Joel successfully tried dozens of cases in jury and bench trial across Maryland, and resolved still more through binding arbitration and direct settlement.  He has since worked on personal injury matters in a premises liability setting, resulting in a number of six-figure settlements for injured clients.

After graduating from law school, Joel clerked for the Honorable James Ryan in the Circuit Court for Montgomery County from 2004-2005.  Before becoming an attorney, Joel was a teacher and leader in a high school with a highly diverse student population, working directly with students, parents, and others from dozens of different cultural backgrounds.

Outside of work, Joel loves spending time with his school-aged sons.

Mr. Richardson can be reached at Joel.Richardson@Jezicfirm.com.