Since forming Jezic & Moyse as a founding partner in 2008, Rockville Criminal defense lawyer David H. Moyse has received several notable recognitions, including being named to SuperLawyers since 2013, and the Washingtonian magazine's Top Lawyers list in 2017, 2018, 2020 and 2022. Mr. Moyse currently serves as co-chair of the Montgomery County Bar Association's Criminal Law Section. He has received nearly 100 percent of glowing reviews from clients. 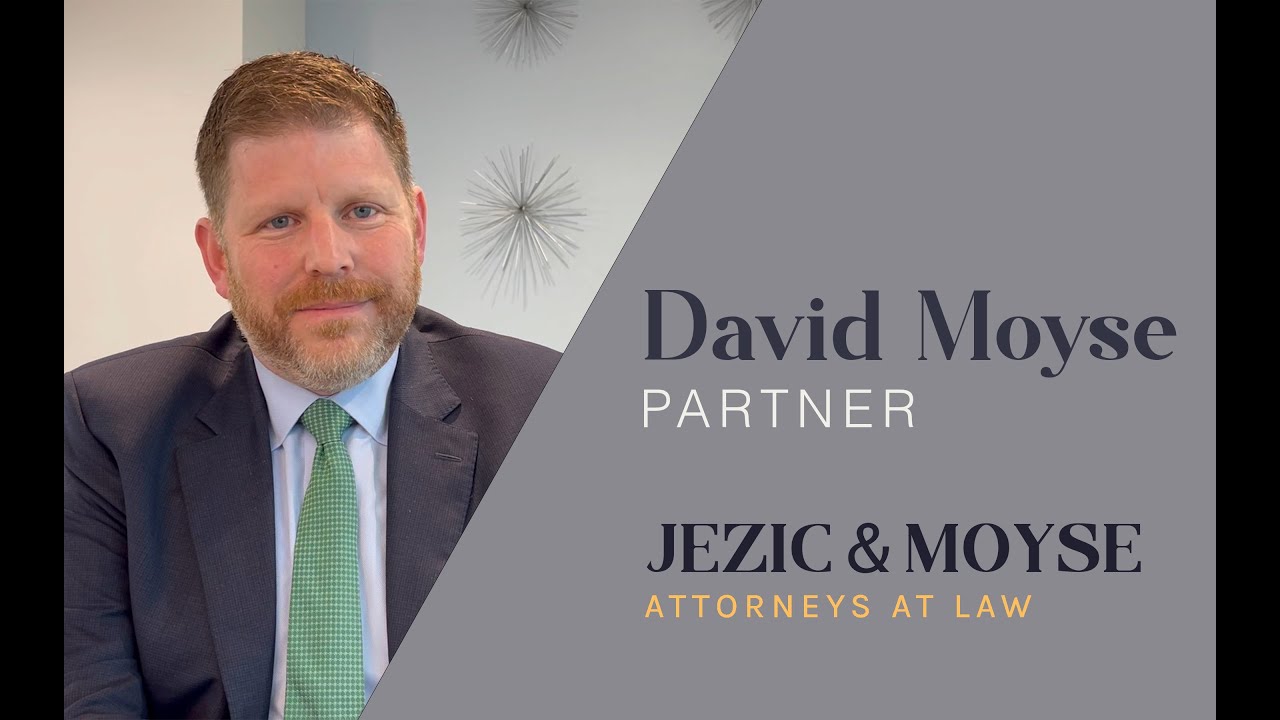 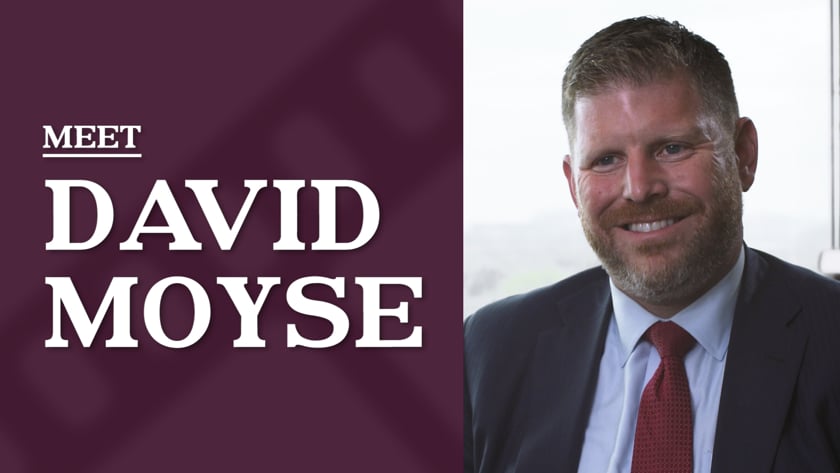 Mr. Moyse obtained a complete acquittal from a jury in a high-profile First Degree Rape in Montgomery County in July, 2010. In January of 2010, Mr. Moyse and Mr. Jezic, in a jury trial in Prince Georges County, convinced the prosecutor to do something very rare: to dismiss all charges in an Armed Robbery case after the defense cross-examination of the two main State witnesses, who had positively identified the defendant in court. (Article 1), (Article 2).

In April of 2010, Maryland criminal lawyers Mr. Moyse and Mr. Jezic obtained a nearly complete acquittal from a Montgomery County jury in the high profile prosecution of a former Maryland State Trooper who was accused of a sex offense while on duty (Article). In May of 2010, Mr Moyse and Mr. Jezic achieved an acquittal from a Montgomery County jury of all felony charges in a Manslaughter case. (Article)

In 2011, David was co-counsel on a five-day jury trial in Montgomery County where the jury found the defendant not guilty of all counts of sexual assault despite a videotaped confession being played to the jury. Read article.

In 2012, criminal defense lawyer David Moyse continued to enjoy success in jury trials, earning a complete acquittal in a two-day robbery trial, and then convincing a jury to completely acquit his client of DWI/DUI despite the client blowing a BAC over the legal limit of 0.08.

Criminal defense lawyer David Moyse continued his success in the courtroom in 2013, obtaining a complete acquittal for a man accused of sexual assault. The jury was so persuaded by Moyse's closing argument, that they returned a not guilty verdict in only 15 minutes.

In December 2014, Mr. Moyse obtained a complete acquittal for his client, an Honorably Discharged Marine, who had been accused of breaking into a police officer's home and holding him at gunpoint. The police officer swore under oath that Moyse's client had stolen his gun and pointed it in his face. The officer had also called 911 to report being held at gun point. Moyse used the police officer's prior testimony and 911 call to highlight inconsistencies and convince the jury to find his client not guilty on all charges. 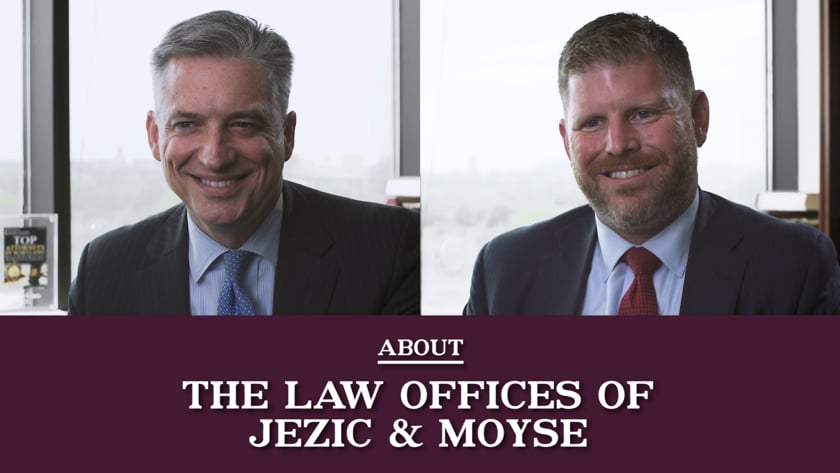 See David Moyse's entire interview for the Masters of the Courtroom series on ReelLawyers.com.

“Had a DUI case that on going for about a year and a half due to Covid but finally got a return date recently. Attorney David Moyse was representing me and did a amazing job at fighting the case and did everything in his power to beat the case which is exactly what he did and the case was thrown out! I HIGHLY RECOMMEND!” - Alex Nguyen

“I commend and recommend, without reservation and with the strongest possible endorsement, the outstanding legal services of the firm of Jezic & Moyse.  Mr.  David Moyse was my personal representative in an unfortunate legal situation involving a family member.  From the initiation of our relationship as client and counsel, I found Mr. Moyse to be thoroughly professional with an exceptionally high degree of understanding of the issue and applicable body of law germane to my case.  He quickly grasped the gravity of my issue and moved rapidly and aggressively to engage the legal system on my behalf.  He communicated with me regularly, something I valued greatly, while maintaining a consistent assessment that we would win the case if taken to trial.  Mr. Moyse adroitly maneuvered my position as the defendant in such a manner that my family member petitioned the States' Attorney to withdraw her complaint.  The case was closed nolle prosequi and I feel vindicated and relieved.” - Blane Clark

“David Moyse is an extremely knowledgeable and strategic attorney. Dedicated to helping others, he always takes the time to answer questions or give sound advice to alleviate any concerns. I highly recommend him for those in need of criminal defense support for themselves or their loved ones.” - Thaolan Le

“ In the middle of the night I was served by Montgomery County Sheriff with an interim protective order which had several pages/statements and even mentioned I have access to firearms. How the “interim protective order” appeared on the public case search was my name, followed by “DOMESTIC VIOLENCE”. I was told by a friend of my family to reach out to Dave Moyse at Jezic & Moyse, LLC. Before I knew I wanted representation, Dave was happy to speak to me and answer any questions I had, including consultation for the pretrial which had a fast approaching date due to the nature of the allegations. Mr. Moyse was professional, comforting and an honor to be represented by. He was effective in calming me down and that was the most important thing for me as trial was approaching. Throughout the whole process, Dave was extremely responsive to my texts. Dave Moyse was able to secure an agreement with the plaintiff to dismiss the order. Shortly thereafter he was able to clear my name from public view. I am thankful for Dave Moyse and god forbid I find myself in need of representation again, I will not hesitate to reach out to Dave.” - Michael Stopher

“I highly recommend Mr. Moyse when you are looking for a defense attorney for  traffic or  criminal cases. I have good results for my loved ones when he tried to solve the  cases.  Mr. David Moyse is the best attorney in this field.

You're such a brilliant attorney . I am so grateful for your passion, dedication, and professionalism. I've hired lawyers before, but you are truly the best I've ever worked with. Thank you so much!” - Allison Win

Moyse also practices in the areas of civil litigation and domestic affairs, representing clients in personal injury and medical malpractice cases, as well as divorce and custody disputes.