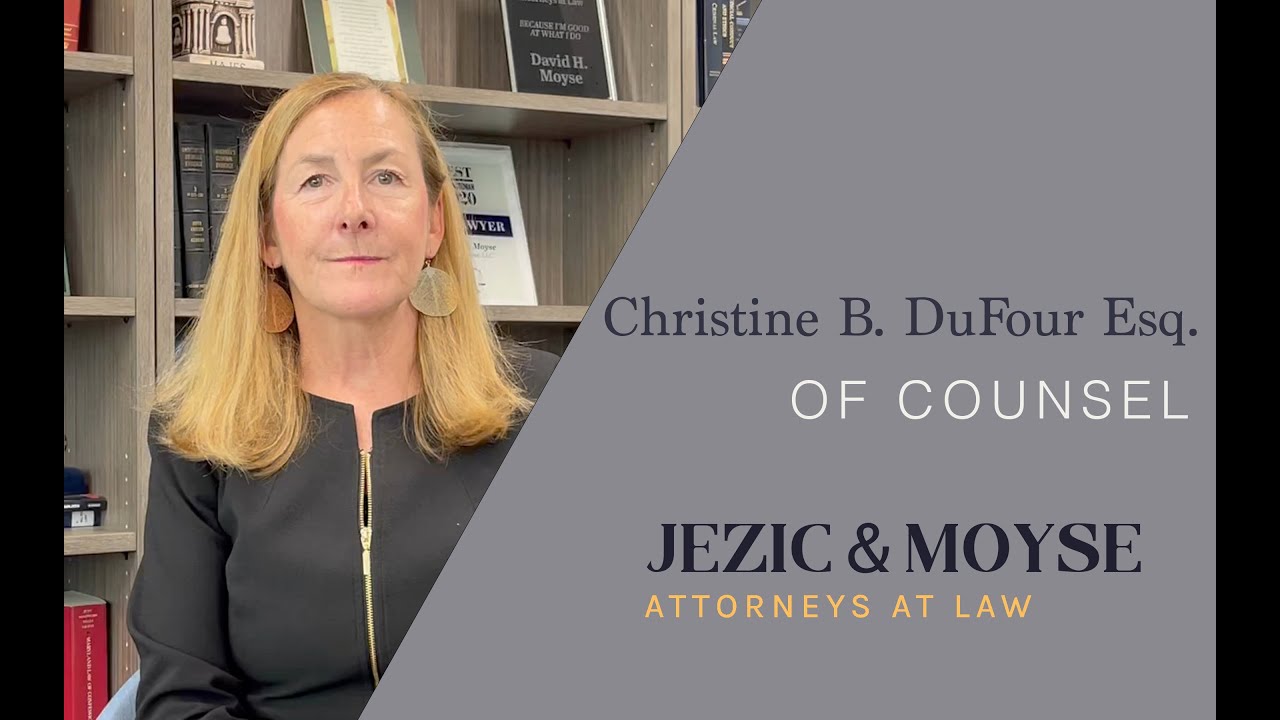 She has practiced criminal defense both in private practice as well as with the Office of the Public Defender in Montgomery County. While at the Office of the Public Defender in  Montgomery County, Ms. DuFour successfully litigated murder, rape, and armed robbery cases before juries and secured acquittals. In addition to felony trial work, Ms. DuFour litigated hundreds of criminal cases before judges sitting in the District Court as well as the Juvenile Court. Ms. DuFour remained active in the Montgomery County Bar as the chair of several sections and ultimately became Secretary of that Bar Association. Ms. DuFour was appointed to the Inns of Court and received recognition as a Barrister of the Court. She was also appointed by the Court of Appeals Character Committee to interview prospective new members of the Maryland Bar to evaluate their character and integrity.

Ms. DuFour was also an active volunteer at her childrens' schools, with Meals on Wheels, Center City Consortium, and numerous other charities. Following her first tenure at the Office of the Public Defender, Ms. DuFour worked as a legislative aide to then Delegate Mark K. Shriver in Annapolis, was Of Counsel to Albright and Rhodes in Rockville and practiced criminal defense. Ms. DuFour then decided to take a break to remain home to raise her three children.

After moving to the Eastern Shore in 2009, Ms. DuFour returned to the practice of law full time and rejoined the Office of the Public Defender once again. Ms. DuFour spent 4 years with the agency defending clients in Caroline County where she tried numerous cases before juries and received acquittals in theft, biking while intoxicated, and burglary cases. Ms. DuFour successfully suppressed evidence of cell phone data in a drug related case when smart phones first became popular. This took place prior to the US Supreme Court decision in Riley which provided guidance on how and when the police can search smartphones. Most recently, Ms. DuFour spent eight years in Talbot County with the last three as the supervising attorney. Ms. DuFour's first big case before a jury in Talbot County was in  2014 where her client was charged with two counts of  attempted murder of two Maryland State Troopers as well as additional counts of assault in the first and second degrees. The case involved a high speed car chase that turned into a foot chase where it was alleged the client fired a gun at the troopers who in turn fired 4 shots. The county schools were locked down since the client was not apprehended for several hours. No gun was ever found. At the preliminary hearing, Ms. DuFour successfully argued that the State lacked probable cause to prosecute in one of the attempted murder counts and the count was dismissed. Ms. DuFour then litigated pre-trial motions and successfully precluded the State from calling certain experts at trial. Finally, at the close of the jury trial, her client was acquitted of all the felonies including the attempted murder count which carried the potential of a life sentence. Her client was convicted of two counts of misdemeanor reckless endangerment and misdemeanor traffic offenses. Most recently, Ms. DuFour obtained a Stet (State Declined to Prosecute) in a Second Degree Rape case that lacked any physical or scientific evidence. The charge was based on the complainant's word alone.

Ms. DuFour continued to represent numerous clients before judges in both the District and Circuit Courts for Talbot County during the 8 years she remained with the agency in the Talbot County Office. She has become well acquainted with the members of the State Attorney's Office and law enforcement agencies while litigating cases including murder, rape, vehicular homicide, and misdemeanor offenses. In addition to her practice, in 2013, Ms. DuFour was selected by Mr. Paul DeWolfe, then the Public Defender for the State of Maryland, to be one of three members of the agency's Government Relations Team. During the 6 years as part of that team, Ms. DuFour successfully lobbied for the elimination of the death penalty, the elimination of mandatory minimum sentences for low level drug dealers,  the elimination of jail penalties for certain classes of driving on a suspended license, and the implementation of the Good Samaritan Law. Ms.DuFour testified on numerous  pieces of legislation that would alter the rules of evidence or the elements of criminal statutes. Ms.DuFour also advocated successfully for the elimination of cash bail in most instances and the implementation of robust pre-trial supervision programs. This advocacy caused Ms.DuFour to do a deep dive into the evidentiary rules, regulations, and criminal statutes of the State of Maryland which made her a better attorney in the courtroom.

Ms.DuFour remains active in the Talbot County community as a current board member of Talbot Mentors, a past president of Mid-Shore Pro Bono, a former fundraiser for Habitat Choptank, a junior sailing fundraiser, and supporter of Talbot Interfaith Homeless Shelter.

Ms. DuFour joins Jezic and Moyse, LLC in opening their first office on the Eastern Shore. Ms. DuFour will continue to represent her clients with the dedication and zeal she brought to the representation of her clients with OPD and her advocacy in the State legislature.

Ms. DuFour can be reached at Christine.Dufour@Jezicfirm.com