“It is my privilege to represent some of the finest people in the state of Maryland. Just because someone has been seriously hurt does not mean they stop being an exceptional person. In my many years of practice I have helped injured people from all walks of life; athletes, high level executives, farmers and horse trainers, construction workers and homemakers. Some of these folks have been saddled with very serious injuries. What makes them exceptional is their will to try to keep going despite the setbacks of a serious injury. Those are the people that make forcing the insurance companies to do what is right worth the fight.”

Jonathan Carroll is the partner in charge of the civil litigation department at Jezic and Moyse. In 2022, Jonathan was named as one of the “Best Personal Injury Lawyers” in the Washington, DC area by Washingtonian Magazine. Jonathan has been litigating cases in state and federal courts in Maryland for almost 17 years.  Much of that time was spent working for insurance companies, representing them directly as well as defending drivers who injured others in car accidents.

As an experienced personal injury trial lawyer, Jonathan now devotes almost his entire practice to helping individuals who have been injured by the carelessness of others. Jonathan aggressively pursues all options to obtain justice for the injured. He is in court several times a month fighting to get every penny his clients deserve and has obtained multiple six-figure settlements for his clients. In one case, Jonathan worked to help a hair dresser obtain enough funds to start a new career after a permanent debilitating shoulder injury forced her to shut down her hair salon.

In 2016 Jonathan worked as part of a team of lawyers to recover $1,024,280 against two police officers for shooting into the car of a fleeing vehicle.

In April 2015, Jonathan Carroll obtained a $1,155,000 settlement for a motorcyclist after almost a full year of litigating the case in court. This crash sidelined Jonathan’s client for almost an entire year as he stayed in bed, unable to work or go to school. Unwilling to leave anything to chance, Jonathan brought in a top-notch accident re-constructionist who was able to make some key calculations to show his client was not at fault. The only way to reach a fair settlement was to maintain resolve and be fully prepared to fight the case in Court. 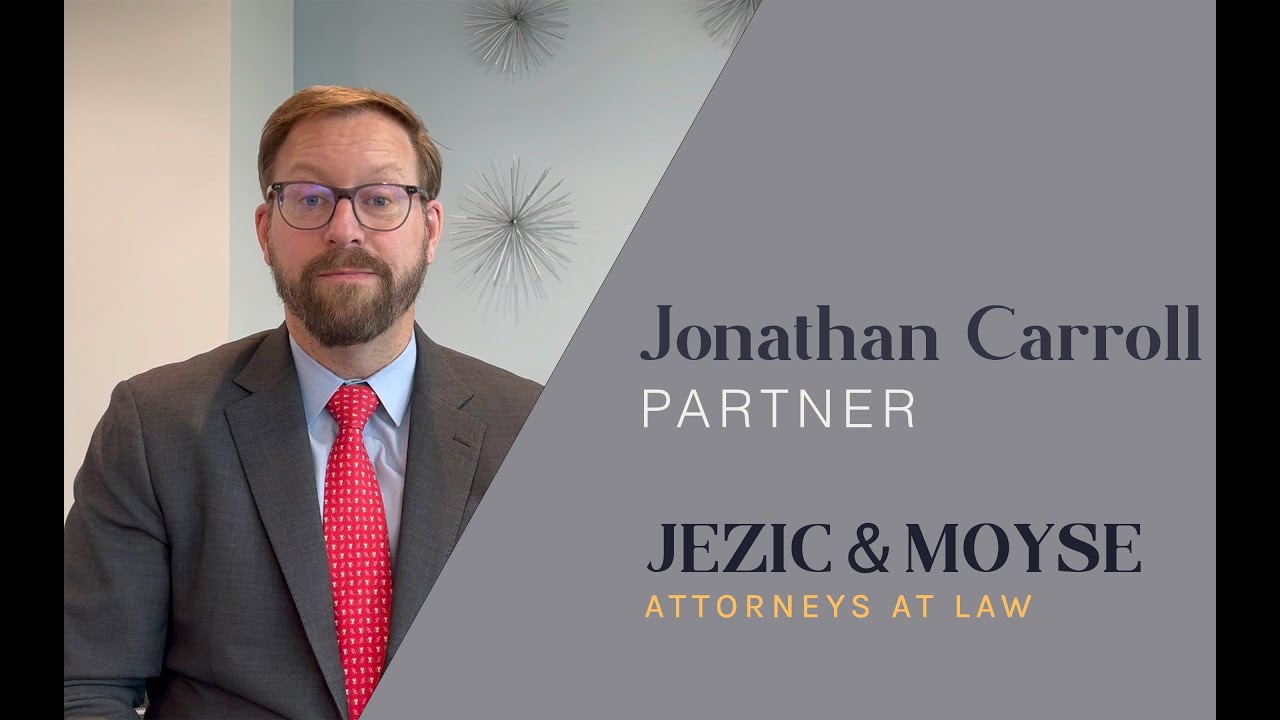 In September 2021, a Cecil County jury awarded a large six-figure verdict to Jonathan’s client after deliberating for less than 30 minutes. This client testified how she fought on after a crash forced her to sell her farm. This was truly a heartbreaking event, since she used this farm to give horseback riding lessons to children with special needs.

In 2019, a Montgomery County jury awarded $400,000 to Jonathan’s 89 year-old client in his case against in Allstate. The entire trial lasted approximately 6 hours and there was no offer to settle by Allstate.

In 2018, Jonathan Carroll recovered $350,000 in arbitration against a trucking company in Montgomery County. His client was injured after crashing into a tractor trailer that jack-knifed on the interstate.

Having worked for insurance companies for many years, Jonathan recognizes that some insurance companies treat individual claims as business decisions trying to pay out as little money as possible. Jonathan is always working to show insurance companies that it is more advantageous to voluntarily pay the injured parties what they are owed early in the case, instead of delaying the case and forcing it to trial. Often, the judgments awarded at court are higher than the insurance company would have paid if they settled early.

Jonathan spends countless hours counseling his clients on how to navigate the treacherous waters of surviving a devastating car accident. As an experienced injury lawyer, Jonathan recognizes that being injured in a car accident can have far reaching consequences for his clients’ lives. They are often confronted with financial challenges from being out of work, logistical challenges from losing their source of transportation and medical challenges from trying to find the right doctors to address their specific medical concerns. He teaches his clients how to get their lives back to normal as quickly as possible and live their life as an injury survivor and not an injury victim. 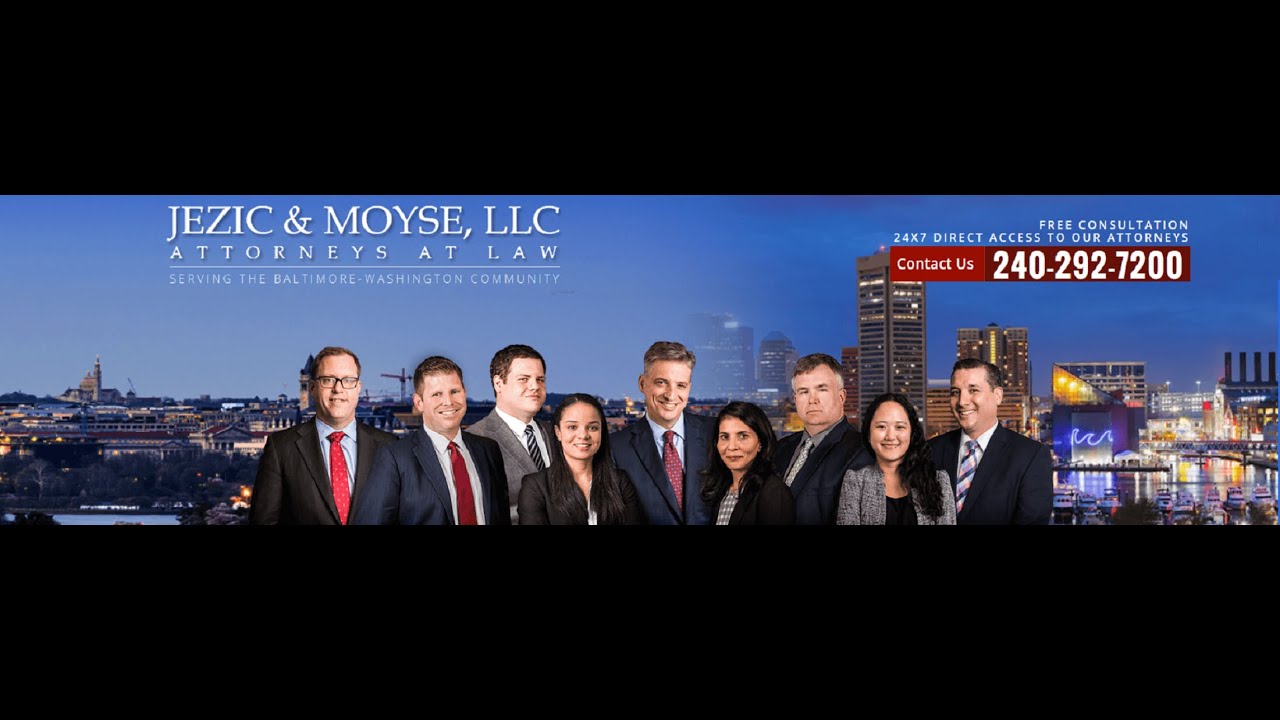 "Smart, honest, knowledgeable, responsive, and humble are the words that best describe Jezic & Moyse, LLC attorney Jonathan Carroll.  In the courtroom, Jonathan is always well-prepared, quick-thinking, and extremely persuasive.  One could not ask for a better advocate and I recommend him highly.” -Scott Brooks

“Mr. Jonathan Carroll has  handled my legal matter for me and has achieved the best outcome I was looking for.  Very professional and cost effective!   Highly recommended. Five Star!!!!” - US Food Truck Factory Custom Fabrication

“This was my first time working with an attorney on a case and I have to say Jonathan Carroll was amazing. Kept me up to date and answered every single question I had through the process. I had an overall great experience and was extremely happy with the practice how knowledgeable & efficient they were! Thank you again for all your help!” - Jennifer Zurita

Jonathan was born in Midland, Texas and grew up on the emerald coast in Destin, Florida. He earned his Bachelor of Arts in history at Tulane University in New Orleans, Louisiana in 2001. Jonathan earned his Juris Doctorate at Rutgers University in Camden, New Jersey in 2004 where he concentrated his studies on civil law and excelled in legal research and writing as well as oral advocacy. In law school, Jonathan also represented indigent clients at the law school’s civil practice clinic.

Jonathan had the privilege of serving as law clerk to the Honorable Delawrence Beard in Circuit Court of Maryland for Montgomery County in 2005.